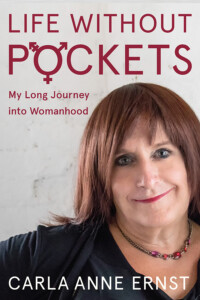 Carla Ernst didn’t think of herself as an activist, though she’s realizing it comes with the territory when you write a book about becoming a transgender woman.

Speaking engagements have followed, and she attended her first rally last weekend on the lakefront, joining others pushing back against a leaked Trump administration memo saying your genitalia at birth locks in your gender.

“They can say I don’t exist. That’s what this whole thing is about,” Ernst told me when I visited her Wauwatosa home on Monday. “It’s horrible. It takes the human dignity away from 1.4 million Americans for no good reason.”

And it erodes their rights in matters of housing, jobs, medical care, insurance and other aspects of life, reversing Obama-era policies granting federal recognition to transgender people.

“It’s one more assault on the transgender community,” Ernst said.

Read the rest of the article….