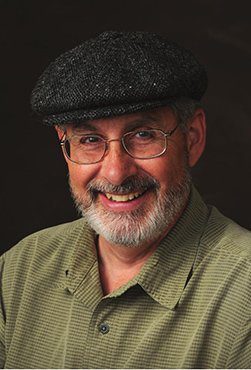 As a history buff and storyteller, author Rex Owens weaves together fictional stories around actual events in Northern Ireland. His “Irish Troubles Series’ includes his latest book, Dead Reckoning, and his previous books, Murphy’s Troubles and Out of Darkness. The series focuses on intriguing characters that face life-changing decisions and emotional burdens during the “Irish Troubles.” Readers identify with Owen’s fictional characters because everyone faces decisions of varying magnitude during their life. Owens points out, “I write about themes. Murphy’s Troubles is about how betrayal can be a two edged sword. Out of Darkness is about how both an individual and Ireland search for atonement following the end of The Troubles. Dead Reckoning is about how self-discovery through art (writing) and an act of contrition.”

Preparing to Write
When Owens grew up in Northwest Indiana he never thought about a writing career. He worked with the State of Wisconsin for most of his career and later in assisted living and managed care implementing Family Care in Wisconsin. In 1997 when he attended his first Wisconsin Writer’s Institute he says he was hooked.

He prepared for a writing life by taking writing classes such as Write by the Lake and Weekend with Your Novel. “I also joined a critique group and studied various books such as How Fiction Works by J. Woods, Take Your Characters to Dinner by L. Yourke, Building Believable Characters by M. McCutchen, and Creating Plot by J. Davis.” After his son visited Ireland in 1997 and brought back newspapers, Owens says. “I read stories about lingering IRA activities, and in particular, I read a story about a 12 year old girl being injured while playing in a Peace Zone in Belfast. That became the inciting incident for my first novel, Murphy’s Troubles.”

In addition to writing, Owens hosts a popular radio program, “My World and Welcome to It” on 103.5 FM The Sun Radio at: http://sunprairiemediacenter.com with archived shows at http://sunprairiemediacenter.com. He offers suggestions for first-time authors. “Today’s authors need to understand that writing and publishing is only half of the task. The other half is to find your readers, which means marketing and promoting,” says Owens. “The reality is that the skills needed to write and publish are completely different from those you need to promote your work and yourself. Authors need editors, cover designers, book layout, beta readers and those with marketing and promotion skills to bring a book into the world. 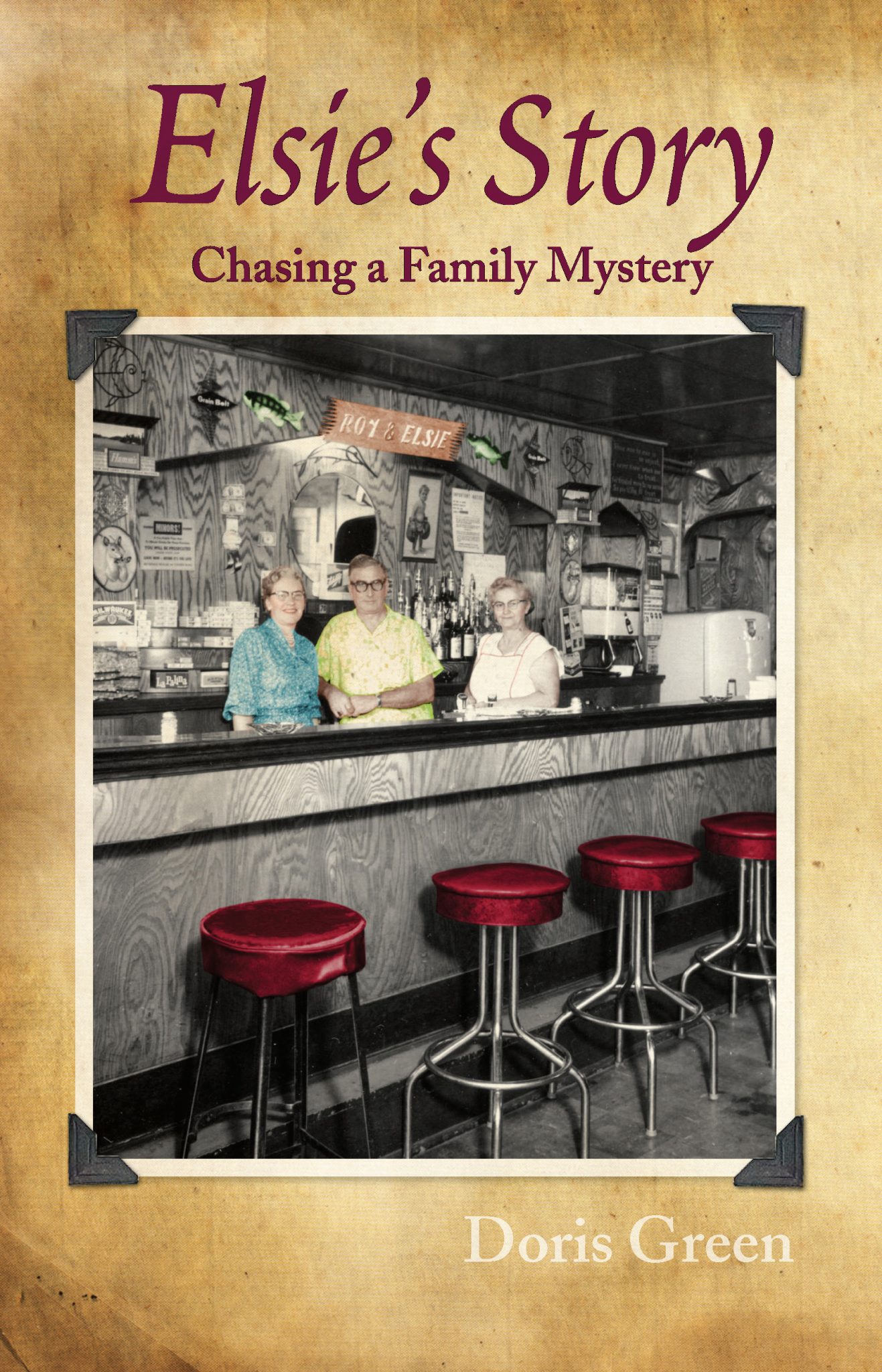 Author Rex Owens discussed his book Elsie’s Story: Chasing a Family Mystery with mystery blogger Doris Green. The show aired on “My World and Welcome to It,”  Sun Prairie Community Radio 103.5 FM The Sun at 9:30 a.m. on Tuesday, July 31. The date marks the 58th anniversary of my Aunt Elsie’s mysterious death in a northern Wisconsin tavern–the event that inspired the book and a decades-long quest for answers.

Searching for atonement author Ian Murphy drafts the Good Friday Agreement in 1998 ending the 30 year Troubles in Ireland.  Murphy’s years in the Provisional Irish Republican Army and his battle with depression cast him into a hellish darkness.  He finds atonement elusive and begins on a path for public redemption.

In the fall of 1998 British authorities propose building additional peace walls in Belfast to create a self-imposed apartheid between Catholics and Protestants.  Northern Ireland politicians are struggling to form a government and see peace walls as interference and sabotaging their work to create an independent nation.  Northern Ireland’s political leaders challenge Murphy to help put a stop to building additional peace walls and give meaning to the peace accord he drafted.  Murphy sees this as a path to find the redemption he desperately desires.

Living in Belfast Murphy learns first- hand how distrust and hatred divide the residents but is compelled to accept their viewpoint and recognize the unexpected implications of self-determination.  His experience forces him to examine his own life and accept responsibility for his own self-determination.  Murphy finds redemption in a way he never expected.

Ian Padraic Murphy harbors a scandalous secret.  To avenge the death of his best friend in a Belfast raid, Ian joins the Provisional IRA which he conceals for 30 years.  He meets investigative reporter Eileen Donohue and friendship blossoms into a love affair.  Eileen inadvertently discovers the man she thought was a reclusive novelist is actually the brain trust for the IRA.  Eileen betrays her lover by disclosing his secret in Ireland’s leading newspaper.  Driven by guilt and remorse, Ian atones for his years in the IRA by working with Sinn Fein to negotiate the 1998 Peace Accord which ended The Troubles in Ireland. After deserting the IRA Ian’s own troubles are far from over when they order his assassination.  The assignment is given to his friend, IRA Commander, Kieran Fitzpatrick. Will Ian pay the ultimate price for disloyalty to the IRA?

During this turmoil, Ian attempts to ease the guilt he bears for his covert IRA past by encouraging Northern Ireland’s Catholics to vote for the Sinn Fein candidates in the upcoming election. While the election is successful, Ian’s guilt is as bad as ever. To free himself from this burden, Ian decides to offer an act of contrition to the Irish people, a memoir stage play.

Kieran’s nephew directs this live act of remorse. The stage play “Dead Reckoning” reveals Ian’s secret life in the IRA. Will Ian’s repentance for his complicity in the horrors of The Troubles cleanse his guilt and allow him to begin a new life?

DEAD RECKONING is the third and final book in the Ian Murphy Irish Troubles series. 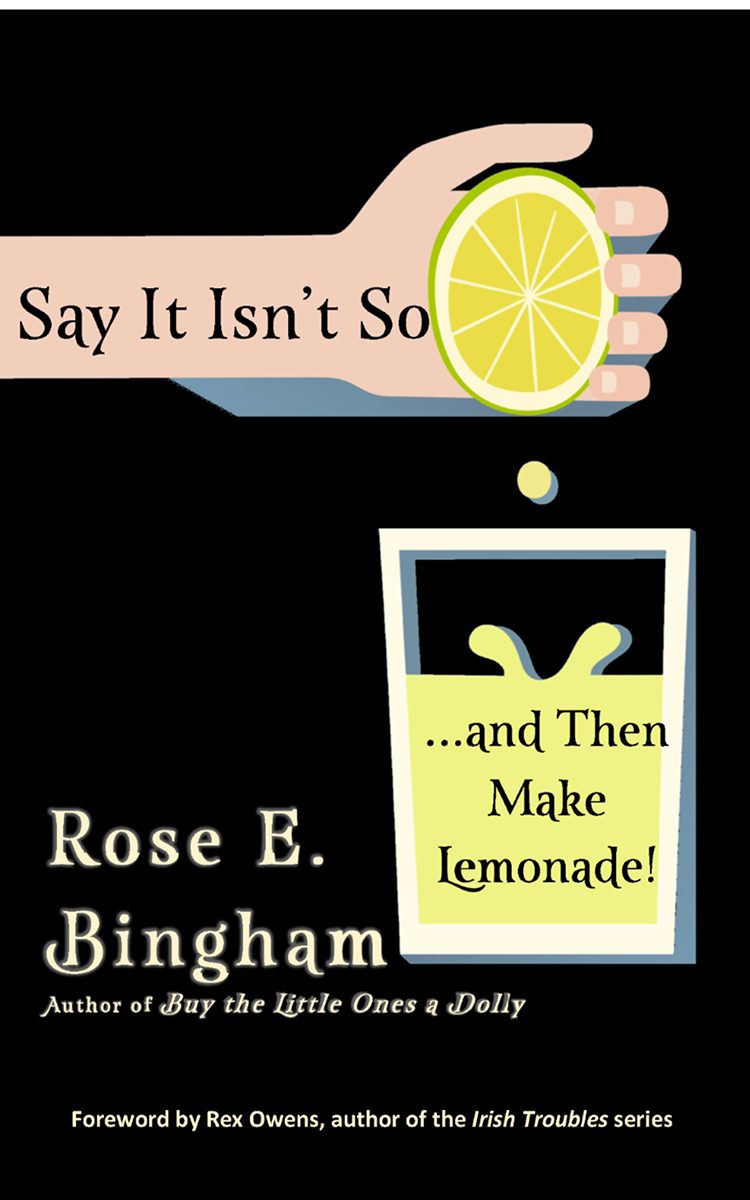 None of us is immune from grief; healing comes in dealing with it.

SAY IT ISN’T SO AND THEN MAKE LEMONADE was inspired by reviews Rose received from readers of her award-winning memoir, BUY THE LITTLE ONES A DOLLY, published in 2017. She was humbled by words such as inspiring, grace, love , forgiveness, hope, courage, strength of character, and positivity.

This book is a collection of personal stories and poetry that Rose hopes will help others deal in a positive way with all types of grief: death in the family, empty-nest syndrome, cancer, loss of pets, politics, racism, and incarceration.

For 29 years, the University of Wisconsin–Madison Writers’ Institute has built its reputation as the Midwest’s premier writing conference. Authors Rex Owens and Sue Roupp might be its biggest fans, having eagerly shown up for a combined total of 48 Writers’ Institutes, growing their careers with help from the conference.

“Thinking back to my first Writers’ Institute, I was just considering devoting more time to writing. I couldn’t have dreamed of attending the conference this year as a speaker with three books published,” said Owens, who has attended 20 Writers’ Institutes.

Sue Roupp left an executive position at a Chicago company years ago to pursue writing. She said, “I found myself at the Writers’ Institute feeling like the campus newbie. That first conference was a ‘wow factor,’ where I said ‘yes’ to my dreams of being a writer.” Roupp is an author, editor, and writing teacher. She’s attended all but one Writer’s Institute, for a total of 28.

The 2019 Writer’s Institute will take place at the Madison Concourse Hotel on April 4-7. It features presentations by authors, literary agents, and UW–Madison faculty, who’ll provide practical tips for writers of mystery, romance, memoir, history, and true crime, among other genres. Attendees have the unique opportunity to pitch their manuscripts to industry professionals, who attend the conference to find new authors and to help attendees sharpen their skills. Read more…