A compelling mystery/thriller by Nick Chiarkas

If it moves away from you, it’s food;
if it moves toward you, you’re food.

The 1957 murder of an undercover cop in a New York City housing project has unexpected ties to the unsolved disappearance of a young father walking home in those same projects with his son, Angelo, on Christmas Eve six years before. The only witness to the cop killing is Angelo, now 13, while on his way to seek his own revenge in the early morning hours. The killers know he saw them.

A series of gripping events forge a union between a priest, a Mafia boss, a police detective, and Angelo, a gang member. In the end, Weepers shows us that the courage of the underdog—despite fear and moral ambiguity—will conquer intimidation.

Read a review at the Middleton Times-Tribune

Also available in hardcover and audio. 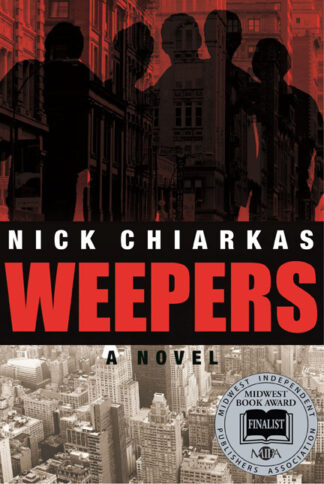