A boy should never be forced to gather the dead or watch his family starve to death.

Based upon the hidden and illuminating video and audio recordings of interviews with the author’s father and grandmother, Tunnel, Smuggle, Collect: A Holocaust Boy tells the true and tormenting story of a 7-year-old boy during the Holocaust. When Germany occupied Poland in 1939, he and his family were confined to the Warsaw Ghetto, along with 400,000 other Jews. Young Sam Gingold helps his family survive by smuggling food and medicines, and as the war continues, is forced to labor under Nazi rule in the walled city within a city.  After a harrowing underground escape, the family is pursued by the Gestapo across the Polish countryside.  A compelling, poignant story of courage, resilience, and determination.  For the Gingold family, “survivor” is a living word. 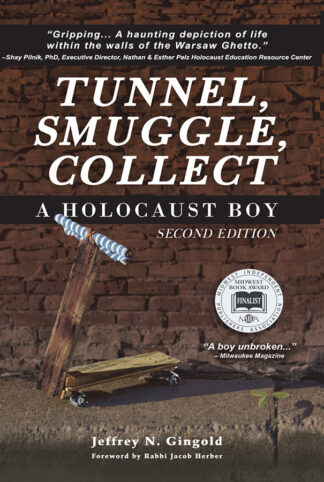