This book unearths the highly sophisticated aesthetic/artistic devices, patterns, and mechanisms in a ramified variety texts of the Hebrew Bible. However, it does not unveil and fastidiously study those aesthetic/artistic devices, patterns, and mechanisms for their own sake only. This book plausibly and meticulously proves how the biblical text enlists and uses that artistic intricacy to convey and enhance its messages and lessons: liturgical, historical, social, moral, national, legal, political, and others.

Among the biblical texts discussed are the untold story of Psalm 23, the two conflicting Abrahams in the story of the sacrifice of Isaac, Adam and Eve in the Garden of Eden, the first transgression and eviction from the Garden of Eden, why the Bible is intimidated by the intellectual faculties of the woman,  the power of naming in the Bible, anti-feminism in the Bible, Samson trapped in the cage of his childhood, Moses as a tragic hero, unmasking the real Joseph, the enigmatic scroll of Esther, young David the riddle, the death of innocence in the scroll of Ruth , and more.

This way the book opens new horizons for the reader of the Hebrew Bible by introducing a novel, innovative, and creative perspectives through which the Hebrew Bible can be observed, while bestowing upon its captivating characters and chronicles a surprisingly elucidating meaning. 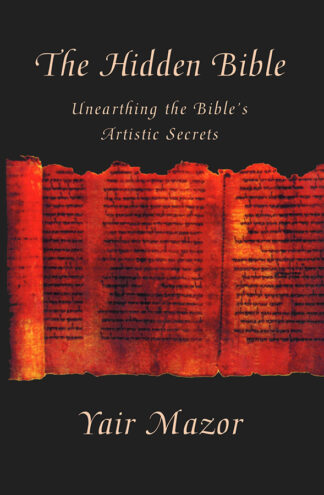 You're viewing: The Hidden Bible: Unearthing the Bible’s Artistic Secrets $18.95 Before WI tax
Add to cart