Poppy Seed: Revealing the Roots of the Opioid Epidemic

The history of opium is one of the most intriguing and fascinating stories ever witnessed. This substance, considered both a curse and a blessing, has been the focal point of more wars throughout the history of the world than oil.

The source of all the controversy and tragedy is the tiny poppy seed. The opium  it produces has been wreaking havoc throughout the world for centuries, all the while being the unprecedented pain-killing elixir of all times.

The abrupt change in the established standards of pain management in the United States escalated in 2001, inadvertently opening the floodgates of opioid prescribing. A decade later, doctors are accused of creating addicts and questioned about their ability to practice medicine. The blame game has begun and the epidemic of addiction continues to expand.

How can pain be treated compassionately without the challenges of addiction? Opioid use is spiraling out of control and the agencies responsible for regulating hospitals have apparently thrown up the white flag to public outcry for the under-treatment of pain.

In “Poppy Seed,” author Anthony Anonimo, a former opioid addict himself, reveals the background of legislation and medicinal use around opioids and offers steps that could be taken to curb the ever-growing epidemic of opioid addiction. 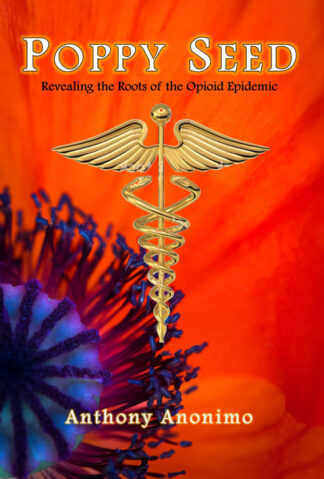 You're viewing: Poppy Seed: Revealing the Roots of the Opioid Epidemic $16.95 Before WI tax
Add to cart