View cart “Parallel Universes” has been added to your cart.

In this poignant and powerful memoir, David B. Bohl reveals the inner turmoil and broad spectrum of warring emotions—shame, anger, triumph, shyness, pride—he experienced growing up as a “relinquished” boy. Adopted at birth by a prosperous family, Bohl battled throughout his earlier years to keep up a good front and surpass expectations as he tried desperately to fit in. An overachiever at everything he undertook, whether in sailing, academics, or life as a trader on the Chicago Exchange floor, he continued his search for happiness, often finding it in a bottle or pill, and ultimately becoming a raging and wealthy alcoholic.

Not until David marries and has children of his own does he feel compelled to search for his birth parents to discover if genetics played a role in the well-being of his offspring. “Baby Boy Bender,” as he was labeled in the adoption papers, had been born to a red-haired co-ed who struggled with alcoholism and an athlete who later died of a brain tumor.

After several severe seizures and frequent blackouts, it was time to make a drastic change and admit his addiction. Raised with no religious teachings, David struggled with traditional recovery fellowships and sought out secular supports, where he finally fit in. This support allowed him to learn the stark facts about mental health and addiction, as well as the monumental issues many “reliquishees” need to overcome to find peace and a quality of life they deserve.

Today, David is an independent addiction consultant who fully understands the challenges faced by so many who seek to escape from or drown their pain through external means. His story offers hope to those struggling with the reality of everyday life in today’s increasingly stressful world. 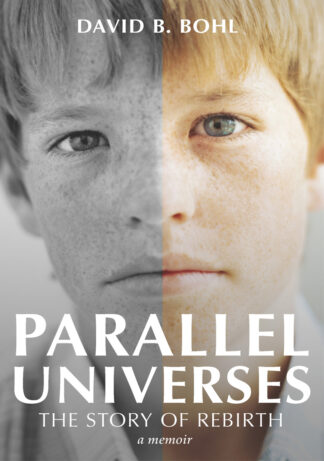 You're viewing: Parallel Universes $16.95 Before WI tax
Add to cart