Alfred: The Quiet History of a World War II Infantryman

For 57 years, Alfred Endres told his family he had been a barber, chauffeur, and translator in World War II. But following the death of his wife, Alfred quietly started sharing a glimpse into his actual wartime experiences. His daughter first began capturing those fractions of stories on napkins during her weekly nursing home visits, which grew into a nearly two-decade deep dive into his true role in the war—a reluctant front-line machine gunner in Europe from 1944 to 1945.

Intensely researched and thoroughly human, Alfred compiles a lifetime panorama of one infantryman who never wanted a part in the war but accepted it. He returned home, discernibly the gentle Wisconsin farmer he was when he left, to a family unknowing what he had done and what he had survived. 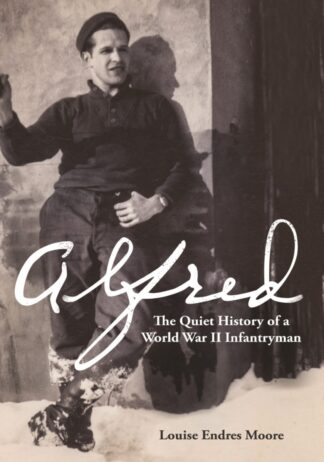 You're viewing: Alfred: The Quiet History of a World War II Infantryman $19.95 Before WI tax
Add to cart