View cart “Of Beauty and Substance: A Backbone Guide for Women” has been added to your cart.

A Poet Writes the Blues: The Modern Hebrew Poetry of Ronny Someck

This book is a literary analysis and anthology of Ronny Someck’s poems. Someck was born in Bagdad in 1951 and a short time later arrived in Israel with his family. He studied Hebrew literature and philosophy at Tel Aviv University and for the last thirty years, has taught literature. Ronny Someck is also an artist and his exhibited artworks have met with appreciative responses. Undoubtedly, Ronny Someck is the most popular, creative, and visible modern Hebrew poet. His poems have earned laudable recognition abroad and have been translated into 41 languages. Someck has also received numerous literary prizes, among them the Prime Minister prize, the Cross of the Order of the Knights for a distinguished service to Poland, and the Knight of the Order of Arts and Letters in France. 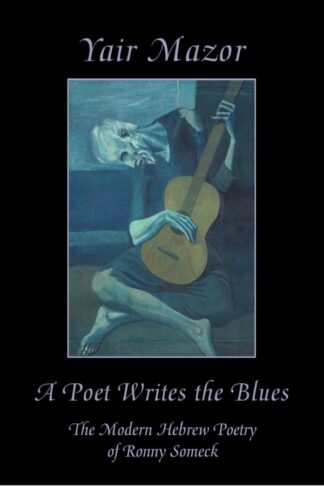 You're viewing: A Poet Writes the Blues: The Modern Hebrew Poetry of Ronny Someck $18.95 Before WI tax
Add to cart