Gingold, survivor of the Shoah by tunnel, dies at 84

Sam Gingold, a Holocaust survivor who made an underground escape to raise a family on the West Side and Glendale, died July 14, 2018. He was 84.

Gingold, of Shorewood, was the subject of “Tunnel, Smuggle, Collect: A Holocaust Boy,” a book by his son Jeffrey N. Gingold.

Young Sam Gingold helped his family survive by smuggling food and medicine by tunnel under the Warsaw Ghetto, and as the war continued, was forced to work under Nazi rule there. After the family’s underground escape by tunnel, when Sam was 7 or 8, the Gestapo pursued them across the Polish countryside.

“A whole family unit made it,” Jeffrey said. “My grandparents, my dad’s parents, and my grandmother’s brother and sister.”

Interviewing his father for the book over three years, three times a week, Jeffrey sometimes asked, how did you survive? “One day at a time,” Sam would say, or “Just to the next day.”

It was painful for Sam to talk about the Holocaust, but he understood the importance of Holocaust education. “He made it his mission, once he shared his story and it became a book, to make sure people learned about what had happened and we could never forget,” Jeffrey said.

Sam spoke at schools where students asked for selfies. He’d never say no.

“He would always embrace and smile at people who wanted to learn more,” Jeffrey said. “They were impressed and stunned by a Holocaust survivor they were meeting in person.” 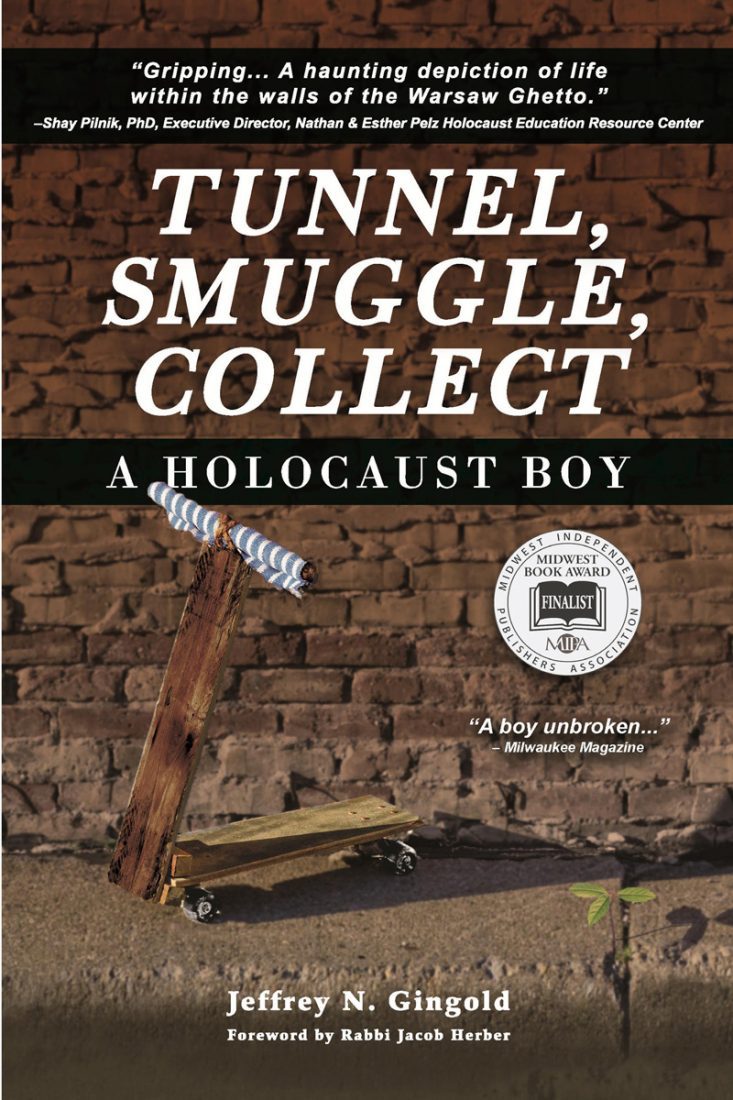 Sam continued to speak on the Holocaust while undergoing chemotherapy, walking with a four-pronged cane, but he didn’t talk about his cancer at the events. Most of the speaking engagements were arranged by the Nathan and Esther Pelz Holocaust Education Resource Center of the Milwaukee Jewish Federation. Jeffrey has 100 percent of royalties from the book going straight to HERC.

Sam worked locally as a purchasing agent for a number of companies including Hy-Hoe and Harley-Davidson. He later became a health and life insurance salesman until retirement.