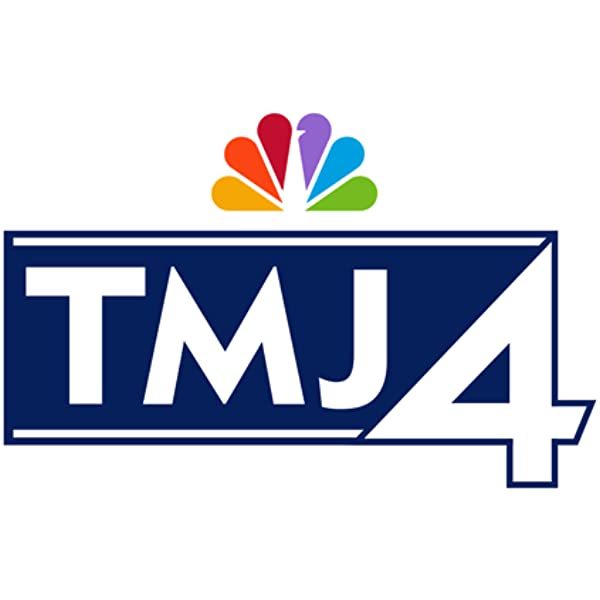 How to “Love Your Bully”

Growing up with poverty and racism on Milwaukee’s Southside, faith and perseverance led Hector Colón to becoming an internationally acclaimed boxer, and President- CEO of Lutheran Social Services of Wisconsin and Upper Michigan, one of the largest non-profits in the Midwest. Earlier this year Colón’s leadership was recognized when Gov. Tony Evers appointed him to the University of Wisconsin System Board of Regents.

Hector Colón joins us today to talk about how he turned one of his biggest challenges into a learning experience, and what he learned about what it means to “love your bully”. 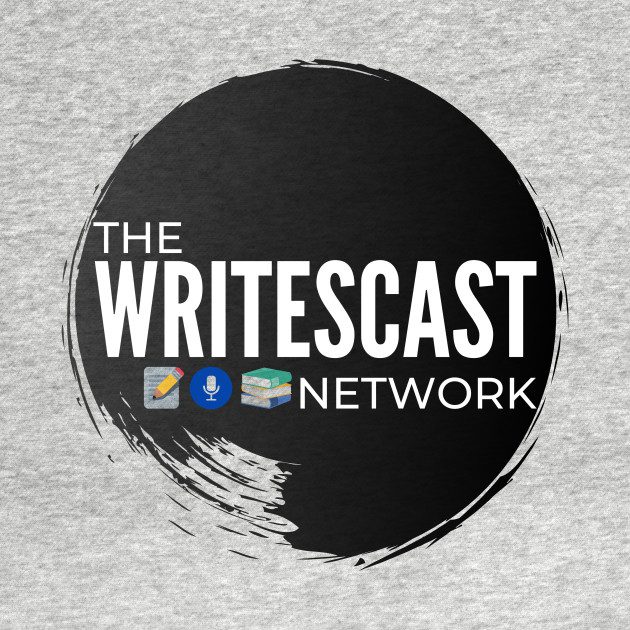 What can a champion-boxer-turned-CEO teach authors about what it takes to thrive in the world of writing? A lot, it turns out, as Héctor Colón demonstrates through his five virtues for life, leadership, and authorship. 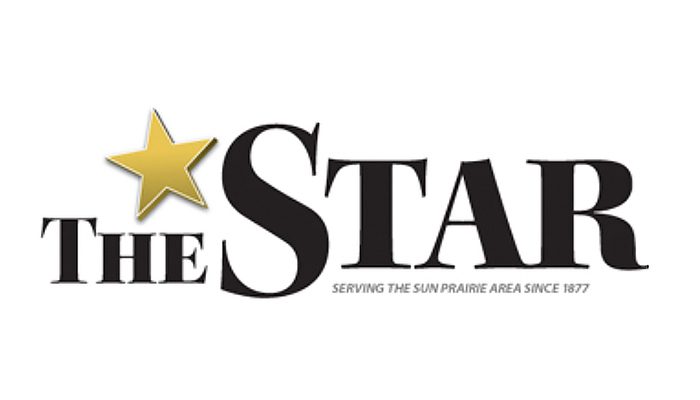 Someone once said, if you are given the opportunity, be the change you wish to see in the world.

That could describe the extraordinary journey of Colón from being bullied as a child, to becoming a national boxing sensation to becoming the President CEO of Lutheran Social Services (LSS) of Wisconsin and Upper Michigan, one of the largest nonprofits in the Midwest.

He grew up in poverty on Milwaukee’s south side. He lost two close friends to drug addiction, and as a young Latino, he experienced the ever-present challenges of bullying and prejudice

At the same time his mother was working three jobs, his father left home when was Héctor was twelve, and his sister suffered from drug addiction and co-occurring mental illness.

The future looked bleak for this young boy.

As a result of the challenges surrounding him Colón says his Adverse Childhood Experiences (ACE) score was six. “According to research, this would indicate that I had a 1200% likelihood of having depression and a 200% likelihood of committing suicide, but fortunately I was able to overcome these disadvantages.” 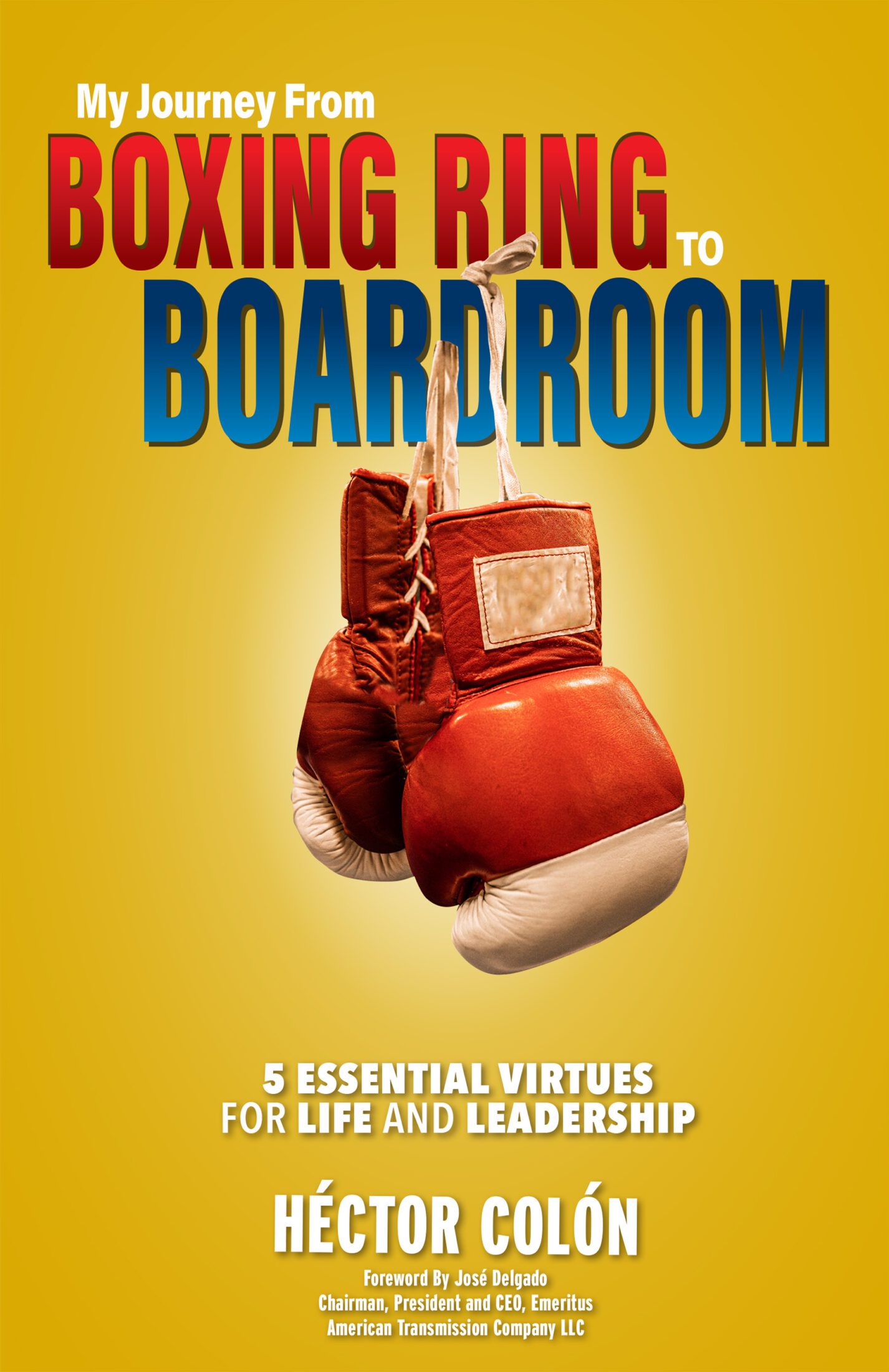 The Hector Colón story is detailed in the author’s memoir, From Boxing Ring to Boardroom-5 Essential Virtues for Life & Leadership (August, 2020). (hectorcolonmke.com)

“If you want inspiration then you owe it to yourself to read Héctor Colón’s life story. From humble beginnings to a champion boxer to the boardroom. Héctor weaves a wonderful story about life’s challenges and rewards,” Howard Behar, Retired President of the Starbucks Coffee Company

Living in a poor neighborhood, and seeing up close the needs of his family, these experiences propelled Colón to make a difference with his life. These experiences not only helped shape his strong work ethic, later on it led to his relentless efforts in helping others through strong leadership.

Earlier this year Colón’s leadership was recognized when Gov. Tony Evers appointed him to the University of Wisconsin System Board of Regents

He also served as the boxing and mixed martial arts commissioner for the state of Wisconsin from 2009 to 2011. Colón holds both a B.S. and M.S. in Occupational Therapy from the University of Wisconsin-Milwaukee.

Today, he is known as a bold visionary as leader of Lutheran Social Services (LSS) of Milwaukee and Upper Michigan. The organization provides aid to about 40,000 individuals through dozens of programs including mental health, addiction, foster care, disabilities, and family services for youth to seniors.

Last year BizTimes of Milwaukee named him “Nonprofit Executive of the Year.”

Sometimes, looking back, there’s a definitive moment in time that leads you in the direction to where you are today.

In his memoir Colón clearly describes that moment. “On a summer day when I was nine, Adam sent me home crying and bleeding from being bullied. That same day my father marched me into the boxing gym.”

He says the person he is today was shaped by tough trials growing up as well as those first tentative steps he took into the boxing ring and the decade of hard work that followed.

“I recall being pushed in front of a mirror and shown some basic boxing combinations by my coach, Shorty, his first and only boxing coach. “After I started boxing, he turned to my father and said, “Héctor is a natural. He will become a champion.”

“I have known Héctor since he was nine years old and have witnessed him grow and develop into a man who lives every day with the virtues of magnanimity, humility, courage, perseverance and temperance. Héctor is a champion in and out of the ring. This memoir is charming yet inspiring; find out what it takes to be a champion in life,” Ricardo Diaz, Executive Director, United Community Center

As a member and champion of the U.S. national boxing team, he traveled all over the world, winning seven national titles and competing in the 1992 Olympic trials.

“The transition from boxing ring to the boardroom is not a common path,” Colón says “All odds were against me. Research would indicate that someone with my background would have a difficult time succeeding,” he says.

Today, he is an independent director on the board of USA Boxing with a focus on inspiring athletes to discover their own path towards personal and professional greatness.

In his memoir Colón describes and emphasizes five essential virtues for life and leadership.

Humility — “I learned what it meant to be served by my coach, through boxing,” Colón says.

“He sacrificed long hours in the gym with me. He delayed or cancelled vacations to attend my boxing matches. And he accepted me into his house where he fed, loved and cared for me when I was 16. Through him, I learned what it meant to be a servant leader and I try to live out this approach in my personal and professional life — serving and putting others first.”

Courage — Fight to do the right thing in the midst of significant challenge, odds and opposition. “Be not afraid

Perseverance — It’s okay to fail –it will make you stronger. If you fail that means you are stretching yourself to do challenging things.

Temperance — We need to exhibit measured responses to difficult, challenging and trying circumstances to yield good outcomes for yourself and others.

He credits the moral teachings of his father, the humility and love from his mother and the pride of his culture as contributing to the person he is today.

When he was boxing he pointed out he was never striving to be number two. “During training, I prepared to outwork my opponent. That meant I was running and training at 4 am, and at the end the day I was sparring in the gym for two to three hours. It was hard work, but that’s what I had needed to do to prepare myself mentally and physically in order to achieve my goals.”

This is what he tells those who have trouble visualizing a better future for themselves.

“My journey continued with challenges, low expectations by others, set-backs, opportunities, and successes. Undeterred, I applied the same dedication, determination and discipline that it took to become a champion boxer to my new life striving for excellence in everything I do, whether it be as a husband, father, or CEO.” 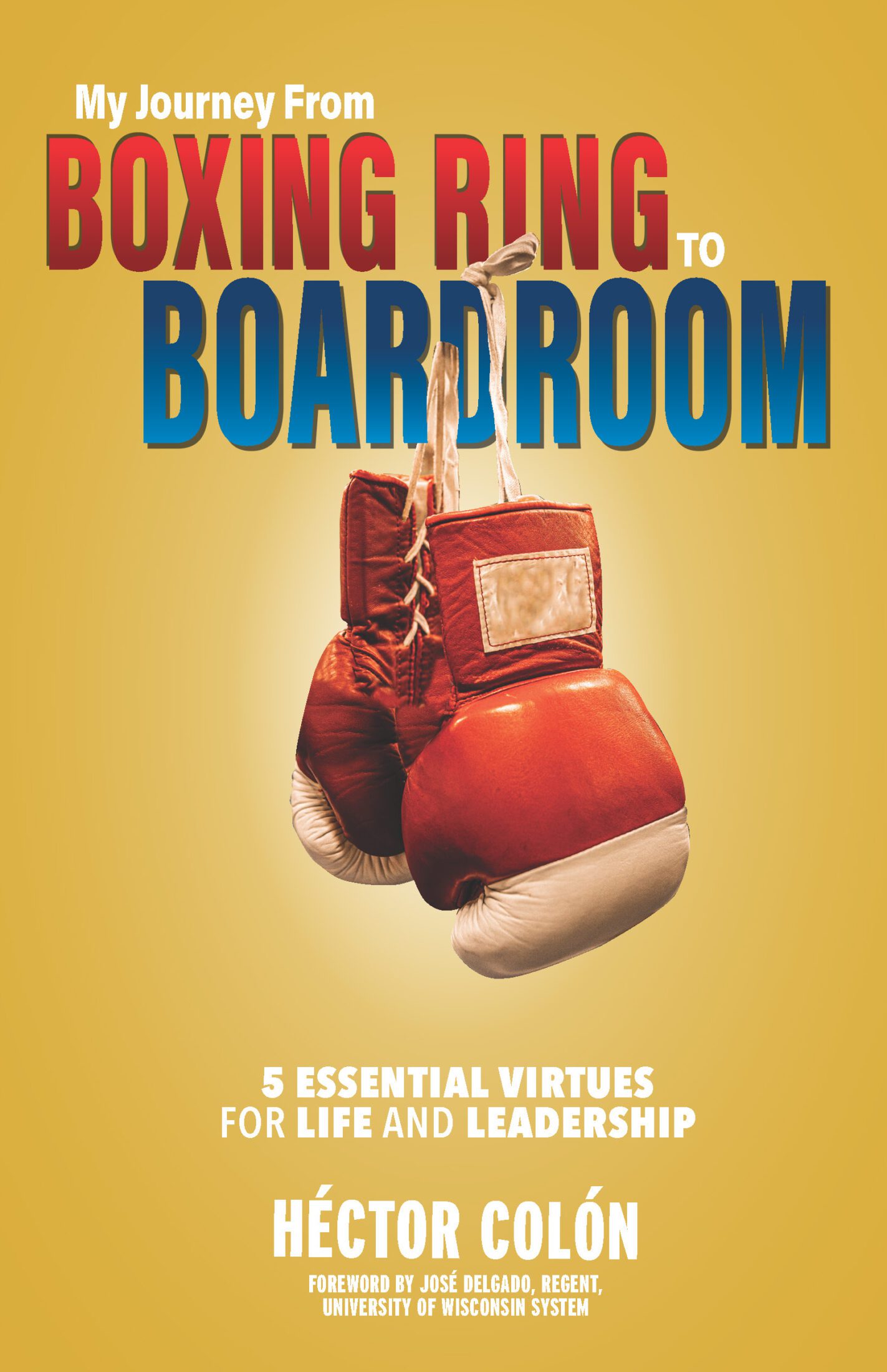 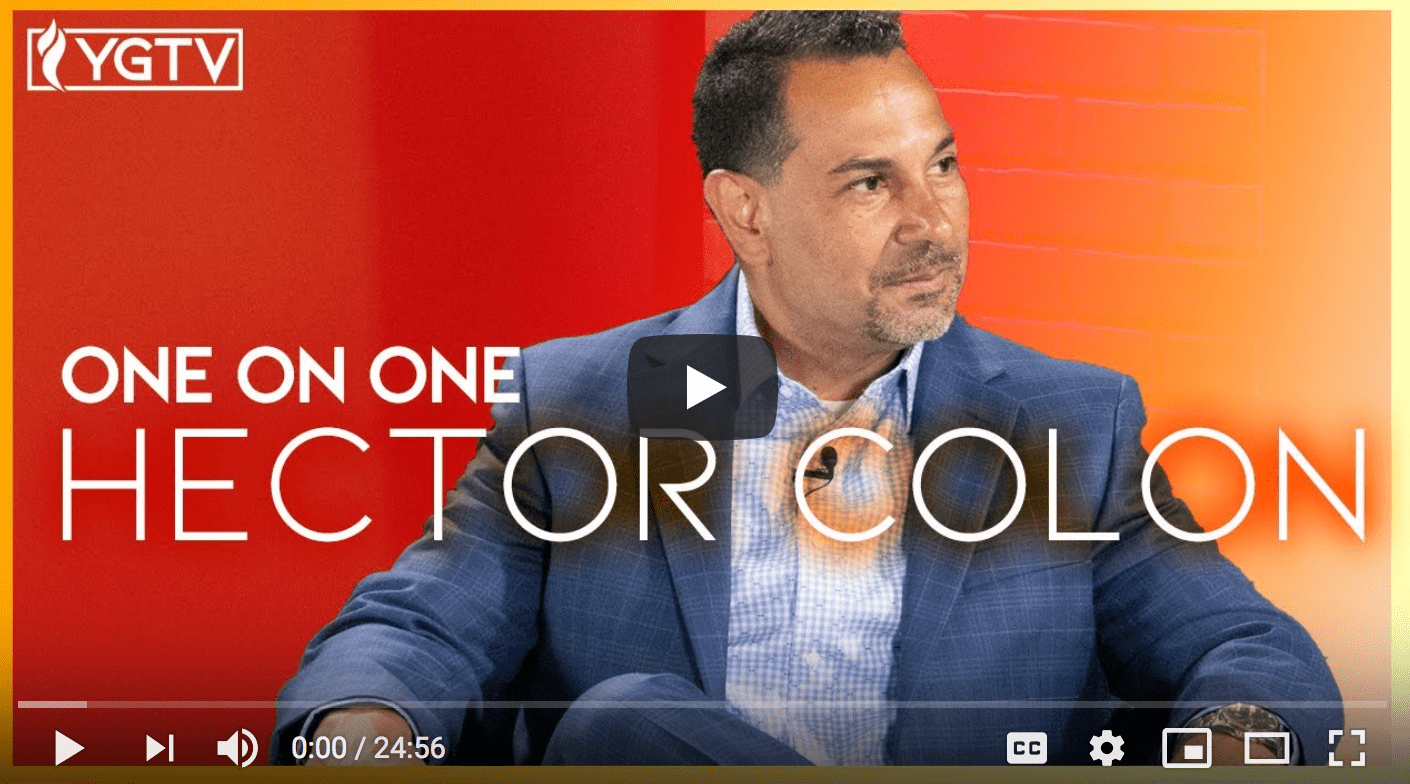 Héctor Cólon, President and CEO of Lutheran Social Services of WIsconsin and Upper Michigan joins Paul M. Neuberger for a discussion spanning servant leadership, boxing, and the best three pieces of advice he could give to someone looking to stay sharp.