Brust to speak at library April 15 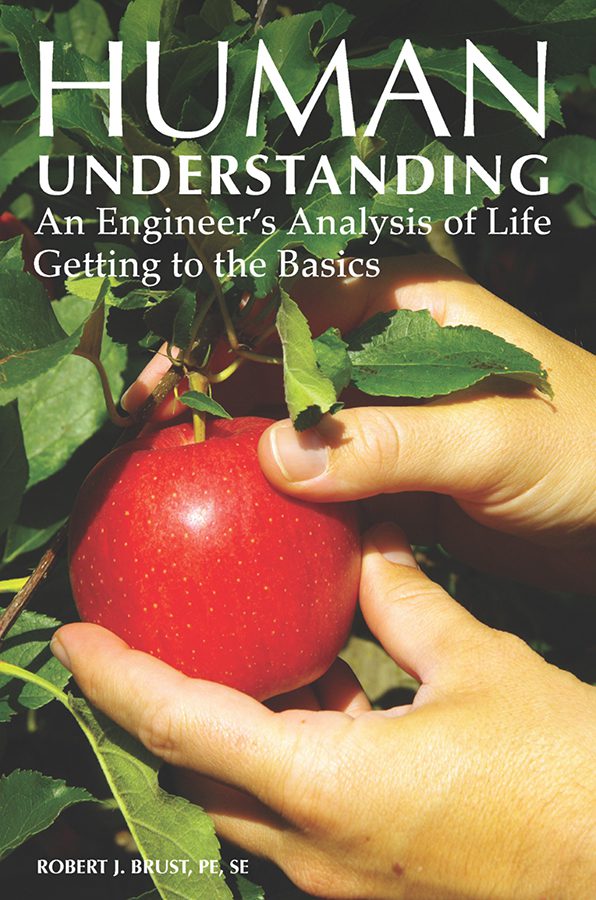 Robert J. Brust spent several years writing the new book, Human Understanding: An Engineer’s Analysis of Life: Getting to the Basics after spending years searching for the meaning of life.

His professional experiences as a large-scale professional problem solver led him to personally explore the most important things in life — love and happiness.

At his presentation at the Sun Prairie Library he will share basic engineering principles for viewing life from different perspectives that can potentially lead to a path to happiness.

Brust, who has worked on some of the country’s best-known buildings asks, “Do you really know why you think the way you do? An open mind can change your life and make you happier. That is important as how you think is important to your happiness.”

Some of his engineering projects include the exterior façade of the Chicago Mercantile Exchange and renovations of the plazas at Hancock and Sears towers. In New York, projects included acting as a peer structural design expert for the design of the new Central Park Police Station and designing an unusual shoring system for an extension of the New York City Subway system.

“We are often so focused on the immediate concerns in our lives that we forget to think about what life itself is all about and how that affects our happiness,” Brust pointed out. “We build homes and cars, trains and airplanes, but when it comes to building our lives and optimizing happiness, many of us fall short.”

He began his lengthy search for human understanding after a personal tragedy. When his son died it caused him to reexamine his past assumptions about how to live the best life possible.

He was the second of 11 children and was raised in a household where reason was more important than expressing emotions. The field of engineering was a likely next step for Brust who holds a degree in civil engineering from Marquette University. At the age of 33, he founded a successful Milwaukee engineering firm, now named Harwood Engineering Consultants.

He says one of the greatest gifts he has received in life is the ability to analyze information in areas which he is familiar.

Brust has been around problem solvers all of his life. “My grandfather on my dad’s side was a very well-known architect who had a book written about him. He was the chair-person for the first building code committee in the state of Wisconsin,” he said. ‘My father was the president of the Wisconsin chapter of the American Institute of Architects and held the high school record for the mile run for many years.”

On his mother’s side his grandfather was a well-known doctor who was nominated for governor of Wisconsin. “He declined the nomination, but because he had diabetes, he worked with the doctor who invented insulin. My grandfather used himself as a test subject to determine the proper dose.”

Brust noted his mother was a champion high jumper in college and was the first president of the Mount Mary College Alumni Association.

The engineer/author makes a point not to tell others what to believe, but he inspires people to dig into issues that may be controversial and come up with their own conclusions. In his book he urges people to look beyond what they may have been told growing up or in school, and learn to think for themselves (https://human-understanding.net/about-the-book/).

“This will challenge some of what you think you know,” he said. “My book is also intended for those who think they already understand themselves. They may be surprised.”

He writes the first step in having a good understanding of life is to have an open mind by taking a fresh look at things you’ve been taught about topics such as history, science, philosophy, archaeology, and even religion.

Brust has spent many years investigating what life is all about.

“I’ve always been curious and asked ‘why’ about so many things,” he said. “When you connect that curiosity about life with an analytical mind, sometimes it is surprising what you discover.”

He does not always accept things as they are or what he’s been told due to many inconsistencies about the topic.

“An engineer cannot afford to overlook contradictory information without risking failure and a lawsuit,” he said.

As an engineer Brust was sought by building contractors for his innovative, problem solving abilities.

His work comprised of designing and analyzing the most effective construction procedures for a wide variety of building projects in 23 states.

“I was often asked to figure things out when no one else seemed to find a solution,” he said.

He offers ideas on how to unlock tough problems using a logical, data-driven approach. In a divisive country today, that approach is what many people desperately need.

Perhaps most importantly, Brust said, “I’d like people to think that after reading his book they have learned something about life and happiness.”