A Call to Live in ALL CAPS 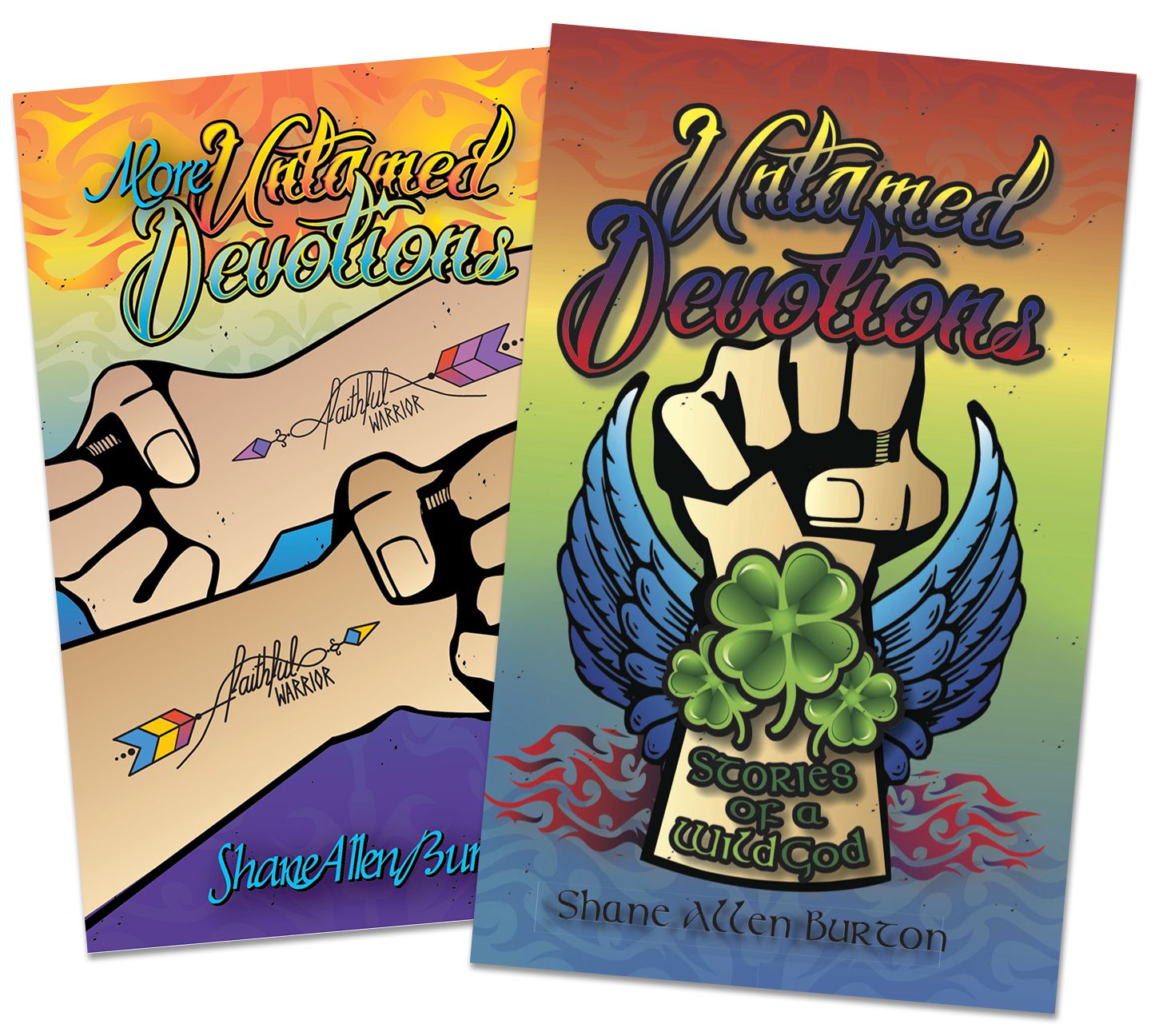 LOVE.
And do so loudly.

It’s a simple, yet powerful message that Pastor Shane Allen Burton wants to share with everyone. And Burton, a 1987 Anoka High School graduate who served at churches in Andover and Fridley, among others, is shouting it out for everyone to hear in his June release of “More Untamed Devotions,” a follow-up to his first book.

It was a project Burton wasn’t planning to undertake, but one that became important to him upon being diagnosed with terminal cancer in 2019. He had previously beaten esophageal cancer be-fore the disease returned. With so much material left to share, Burton wants to call out a God that loves everyone, and that every person is capable of love.

“The idea of #LIVEINALLCAPS was something that came about before I got diagnosed with terminal cancer,” Burton said. “I always talked about Red from ‘Shawshank Redemption’: ‘Get busy living or get busy dying.’ That was always a concept for me. Talking with my wife Dani about a year ago, I said, ‘I want to live, I want to live life in ALL CAPS.’ Because when you write something in ALL CAPS, it means you’re shouting.

“I want to shout that life is about love: loving God and loving each other. Basically, if it’s loving, do more of that, and if it’s not, knock it off. When I got diagnosed it took on a new meaning: to be fully alive.”

Burton grew up in Anoka County, living in Blaine and Ramsey. He remembers marching in the Halloween Parade as a child and later he graduated from Anoka, with family ties going back generations. Between stops as a pastor he held many different jobs, including insurance agent, pawn broker, mortgage broker, executive director of a publishing company, supervisor in an oil refi nery, editor and store manager in his now hometown of Hudson, Wisconsin. The array of experiences has given him the ability to connect with many different people.

“It was certainly not by design,” Burton said. “There were times in-between serving churches where I just needed a job. Some were just by necessity. But if you’re working with a church, it’s great to know what real life is like. Working for 5 1/2 years in an oil refinery as an average guy, it helped me get a closer look and have a lot more understanding of the people sitting in my church pews. I often say, you can get more understanding and grace on a barstool than a church pew. If life doesn’t go the way you want it, the people on a barstool understand that.”
Burton took that understanding with him as he founded Lifelines, A New United Methodist Faith Community in Andover in 1998 to 2001, later working at Fridley Covenant Church from 2012-2013.

“Meeting all of my neighbors, knocking on doors, and starting in my living room, and then renting out the Andover Cinema and having 100 people show up each weekend was an incredible time,” Burton said. “In Fridley, my fondest memory was of leading worship out-doors in the summer time.”

In 2014, Burton came out with “Untamed Devotions: Stories of a Wild God.” In both of his books, personal sto-ries intertwined with messages of hope and God’s abundant love are shared, with both strongly received.

“Oh goodness, very, very positive,” Burton said. “I suppose I sold quite a few copies on Amazon, Barnes and Noble and direct sales.

“It was funny, I started writing the thing way back when I was working at the church in Andover. My leadership came to me asking for devotions. So I started writing. After a couple months of doing it they asked how it was going and they said, ‘We thought you were just going to go buy us a book of devotions, not write them!”

In the end, the books are calls to all to make the most of their lives, and to bring love, joy and hope to others.

“To have a life that has been lived to the fullest, an abundant life,” Burton said. “To not wake up one morning on your death bed gasping that you have regrets, that you didn’t have the time, the money, to have done that the whole time with love.

“I know it sounds simplistic, but I re-ally truly believe that when we put love in the center as our primary focus, it changes people. It changes events. It changes lives.”